How the Irish left their mark on Bordeaux

The Bordeaux area is scattered with Irish history, from the vines of the river valley to the streets of the old town itself. By Lucius McPhilemy, the Irish half of the Greens & Grapes team. Lucius was born in Northern Ireland but now lives in Bordeaux.

Names like Rue David Johnston, Rue Mac Carthy and Rue O’Reilly are embedded into the very fabric of Bordeaux, a permanent reminder of the legacy the Irish have left in France.

The links between Ireland and Bordeaux can be traced back to the end of the 17th century when Ireland was decimated by civil wars that were fuelled by the emerging English and Protestant domination.

Having been deposed by his son-on-law, William of Orange, in 1688, James II –the Catholic king of England, Ireland and Scotland – sought the protection of his cousin, King Louis XIV, also a Catholic. 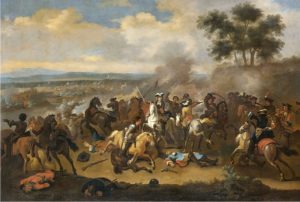 Louis gave James the use of Chateau de Saint-Germain-en-Laye, west of Paris, and this provided him with a base from which to plan an attempt at restoration in Ireland.

What followed had disastrous consequences for James and his supporters. The Battle of the Boyne on July 12, 1690 saw William’s Orangemen crush James on the battlefield, sending James and his Jacobite followers back into exile in France.

Battle of the Boyne between James II and William III, 12 July 1690 by Jan van Huchtenburg in the Rijksmuseum Amsterdam

Hundreds of thousands of families were forced off their lands during these years of turmoil and as many as 50,000 of them – dubbed the ‘wild geese’ – followed James II to France.

In the years after the Battle of the Boyne, a steady stream of Irish men and women made their way along the river Seine to Nantes and Rouen, or down the coast to Bordeaux. More followed in 1715 and 1745, when new waves of land confiscations swept across Ireland.

These Irish settlers put down roots and made their mark in Bordeaux.

Here at Greens & Grapes, we’re very proud of being a Franco-Irish partnership, and we enjoy showing our Irish friends their history in our city.

There is an established ‘Irish Heritage Trail’ presented in a wonderful foldout map that is unfortunately no longer in print.

Luckily, we have a copy and we keep it wrapped in cotton wool to share with Irish visitors. Here are some highlights.
Irish landmarks in Bordeaux:

At the start of the 17th century, the Archbishop of Bordeaux granted the Irish the use of an annex of a church on this site. It was used through until the French Revolution in 1792. It was eventually demolished in 1880 to make way for the construction of Pey Berland, now one of Bordeaux’s most famous squares and home to the beautiful Tour Pey Berland.

One of the most famous Jacobite immigrants, Robert Dillon, is buried in this church. Dillon bought what was known as Terrefort estate in 1735 and changed its name to Chateau Dillon.

Which leads us nicely to…

The Irish wine trail
Irish families played a key role in developing viticulture all over the world – they bought or established wine estates in United States, Australia, South Africa and across Europe, including – of course – Bordeaux.

These ‘wine geese’ were major players in the wine trade in France, building new partnerships and opening new routes to market in both the Old World and the New.

Some of the Bordeaux region’s most prestigious chateaux still bear Irish names today.

Châteaux Langoa & Léoville Barton have early ties to Thomas Barton of Fermanagh, who became one of Bordeaux’s most influential wine traders. The Wine Society has a great history of the Bartons. 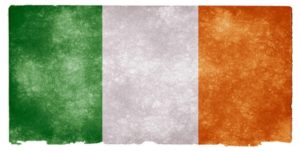 John Lynch from Galway descended from one of Ireland’s oldest families. He married Elizabeth Bages, and inherited her estate, combining their names to form what is still one of Bordeaux’s most prestigious chateaux, Château Lynch Bages. Their son Jean-Baptiste later took over the estate, before going on to become one of the area’s most famous citizens in his own right – becoming Bordeaux mayor and later, at the behest of Louis XVIII, a peer of France.

Other chateaux with Irish ties include the Grand Cru Classé Château Boyd Cantenac, bought in 1745 by Jacques Boyd, who was descended from a family of Belfast traders, Chateau Kirwan, and Chateau Clarke, now owned by the Rothchilds.
Where to get a decent Guinness
The Connemara is a mainstay for the Irish in Bordeaux, and was a hive of activity during Euro 2016, when Irish supporters made it their home away from home. It has a good reputation for live music and good food.
18, cours d’Albret, 33000 Bordeaux (+33 5 56 52 82 57)

Also worth a visit:

We can show you all the highlights of Bordeaux’s Irish trail when you join us on one of our bespoke tours.